Another reason for choosing Sri Lanka over USA was that there will be a huge festival in May. Being one of the most religious countries in the world, with a majority of them Buddhists, I thought to myself that I cannot miss this important Buddhists’ celebration. Though not religious, I wanted to experience and see how do the people spend this day. Due to a miscalculation, I took a bus in between my trip that cuts straight to Kandy, which houses the Temple of the Tooth Relic/ Sri Dalada Maligawa – considered one of the most sacred temples in Sri Lanka.

Vesak, or “Buddha’s Birthday” informally, celebrates the life of Buddha, commemorating the birth, enlightenment and death of Gautama Buddha.

Along the way, people were giving out free food & drinks to anyone who passed by – a practice called Dansalas. Ice cream, half a papaya, sandwich, loaf of bread, tea with brown sugar bits etc. Some even went out of the way and had food ready in their hand, standing in a row to hand it out to passengers when they see a bus approaching. My bus driver, however, was totally uninterested and did not slowed down or stopped for the volunteers who tried to hand us food. After approximately, 8hrs and a bus break down, I finally arrived in crowded Kandy. And this was the only day I got caught in rain in Sri Lanka. 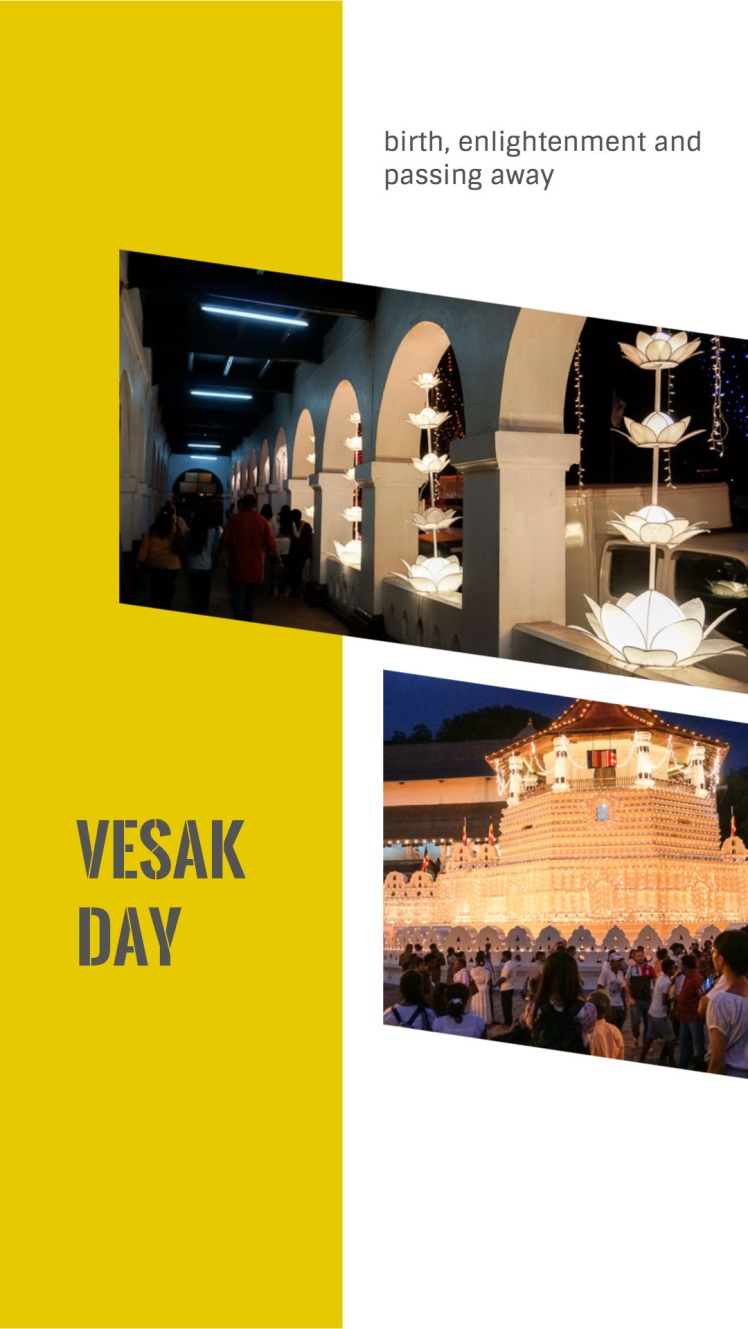 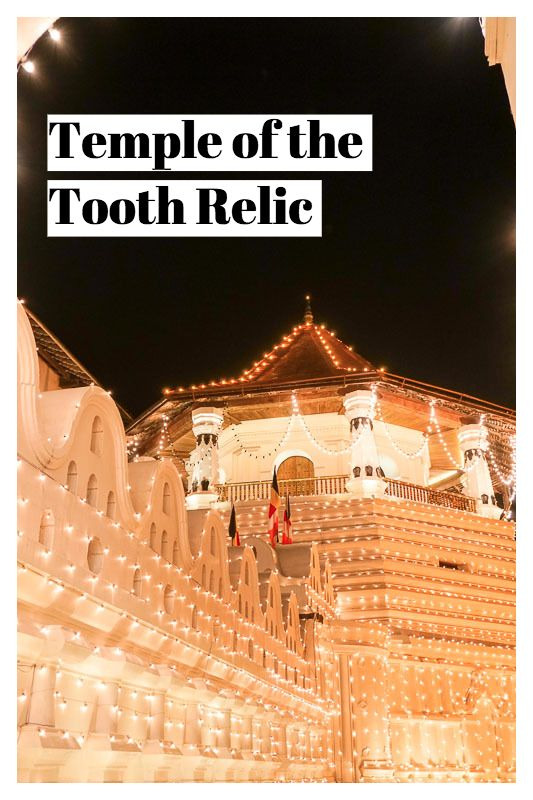 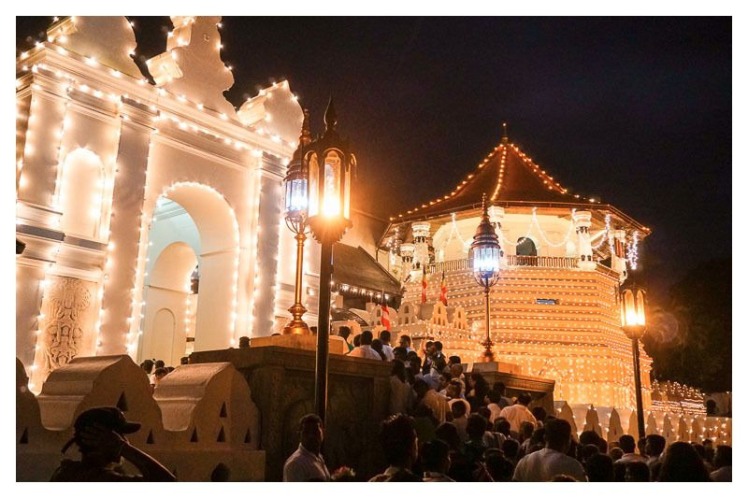 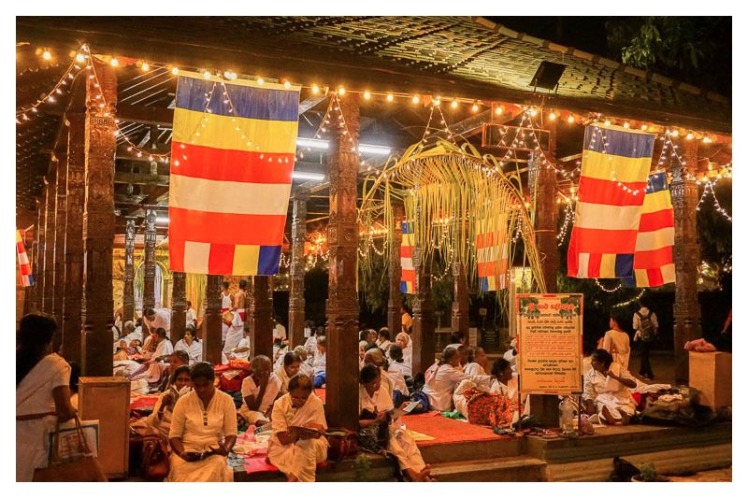 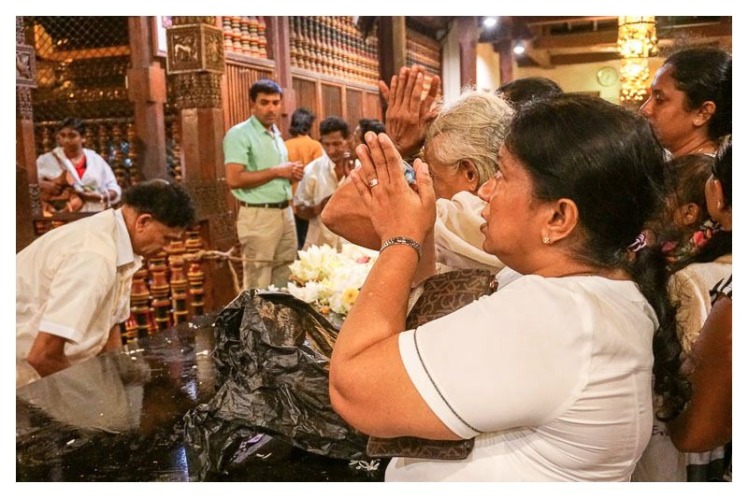 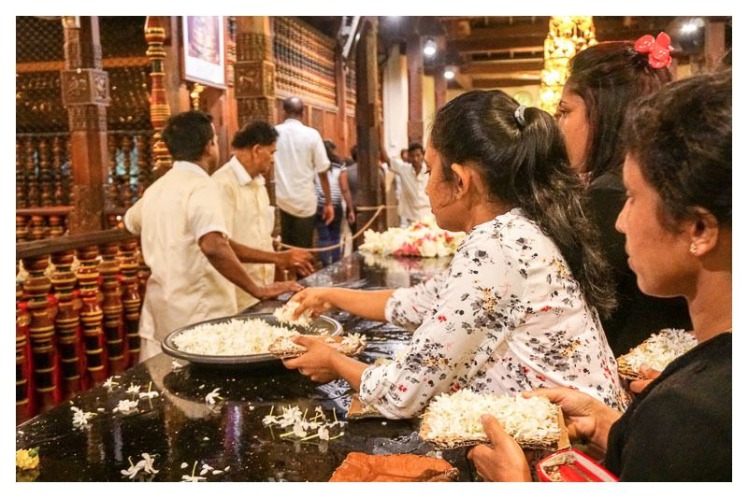 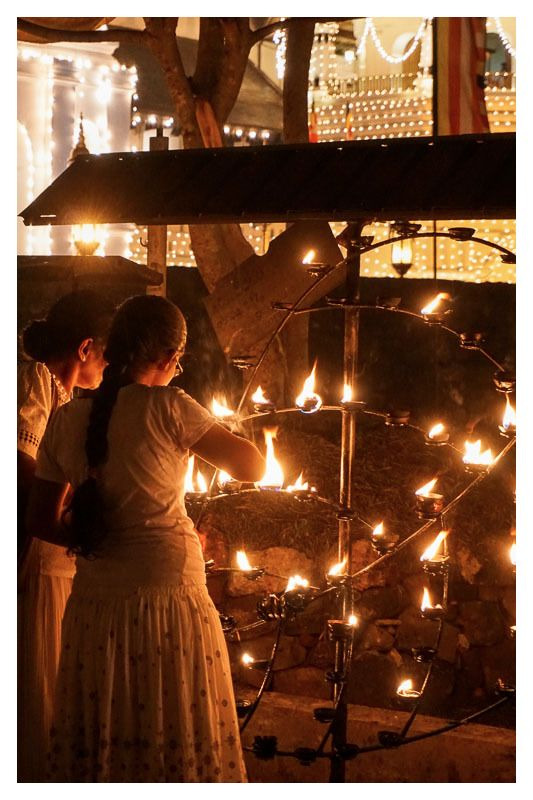 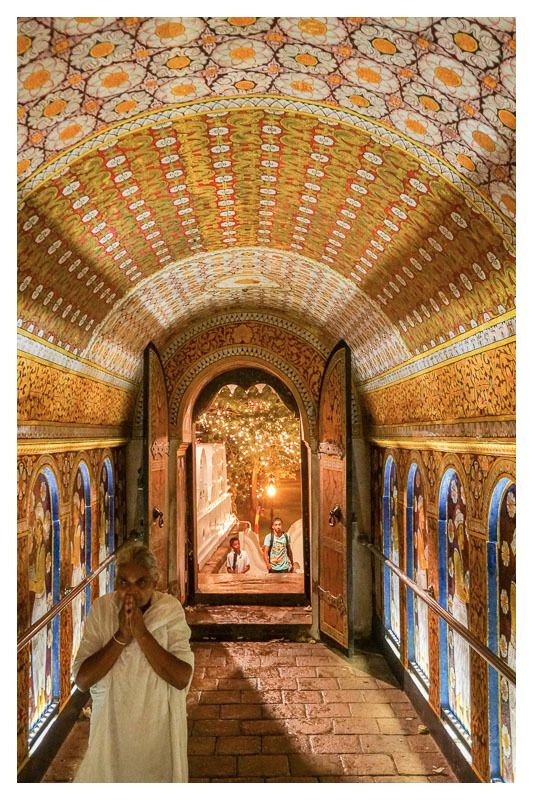 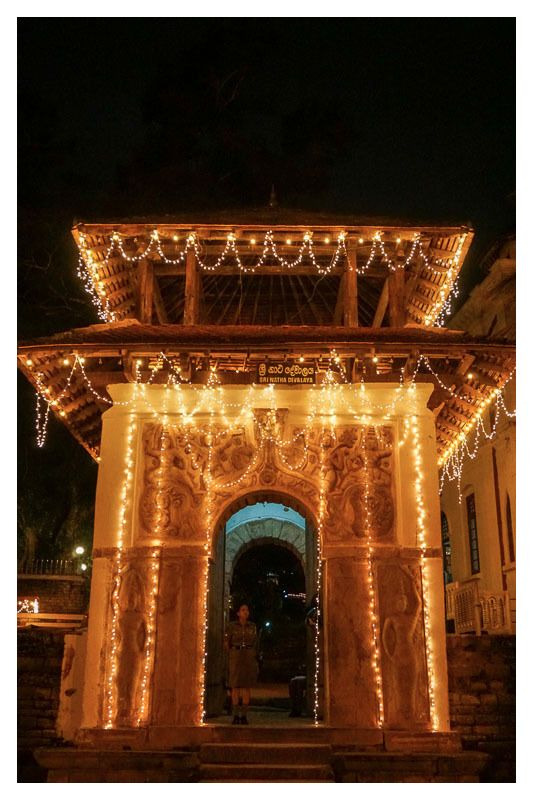 Kandy is a beautiful city, but with heavy traffic especially on this day, as many devotees from all over the country came to pray, give their offerings and get blessed at Sri Dalada Maligawa. The city was beautifully decorated in Vesak Lanterns, while the temple was also brightly lit. Devotees sat around the temple, focused in their prayers, while many families and individuals lined up to get into the main area where the tooth relic lies. Many were carrying flowers in their hand as an offering, which was swept away into buckets as soon as the table to place offerings were full, and parents who are eager to carry their child up to a glass, facing the tooth relic so that they are blessed. The celebration continues for another 3~5 days, with devotees coming into the city to pray, and free food & drinks distributed. 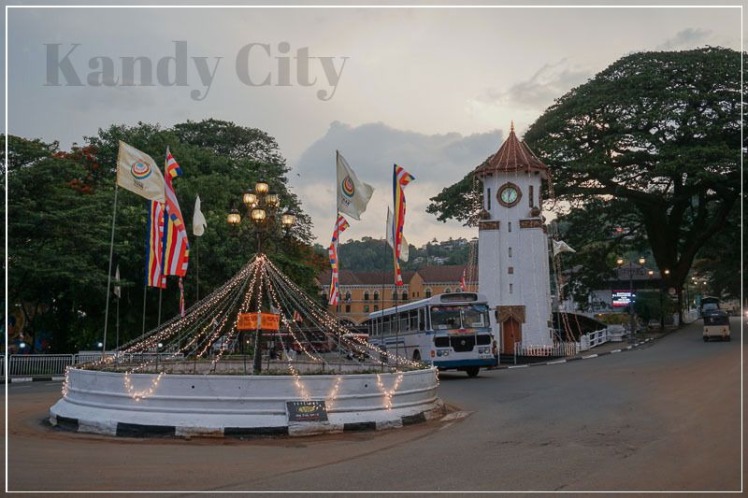 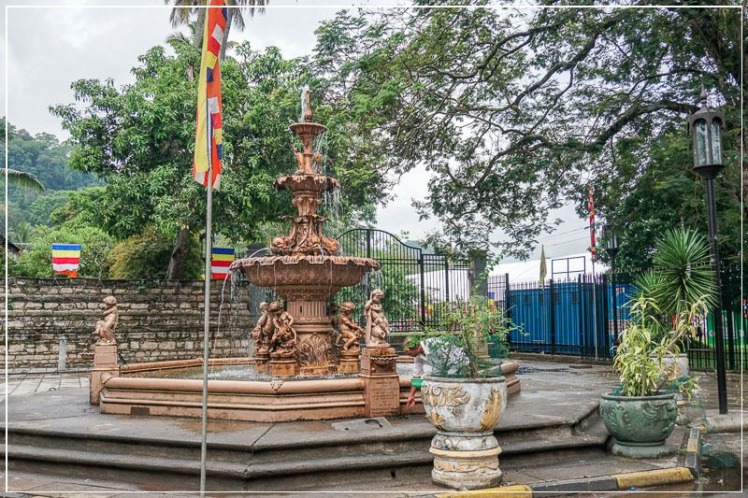 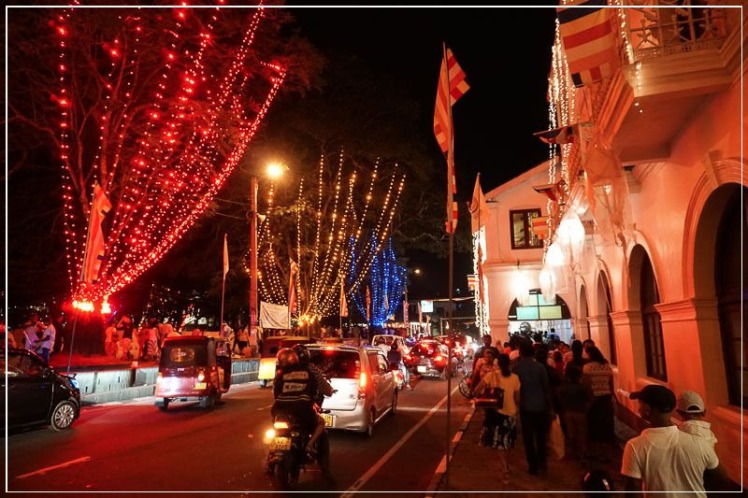 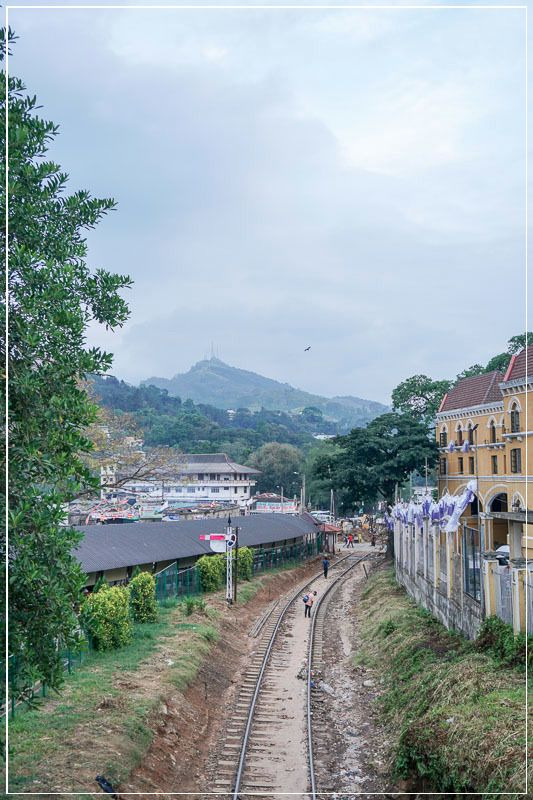 Entrance to the Temple of the Tooth Relic/ Sri Dalada Maligawa is at LKR1,500 or USD15 as stated on the ticketing window. However, the staff at Kandy’s tourist information centre told me it is LKR500, so I was slightly taken aback when they asked for 1,500. The ticketing officer asked how much do I have then and let me in for free when I told him I have brought only lkr500 with me. I would still recommend to visit the temple regardless, as the interiors are pretty amazing, and especially if you are there during Vesak Day. 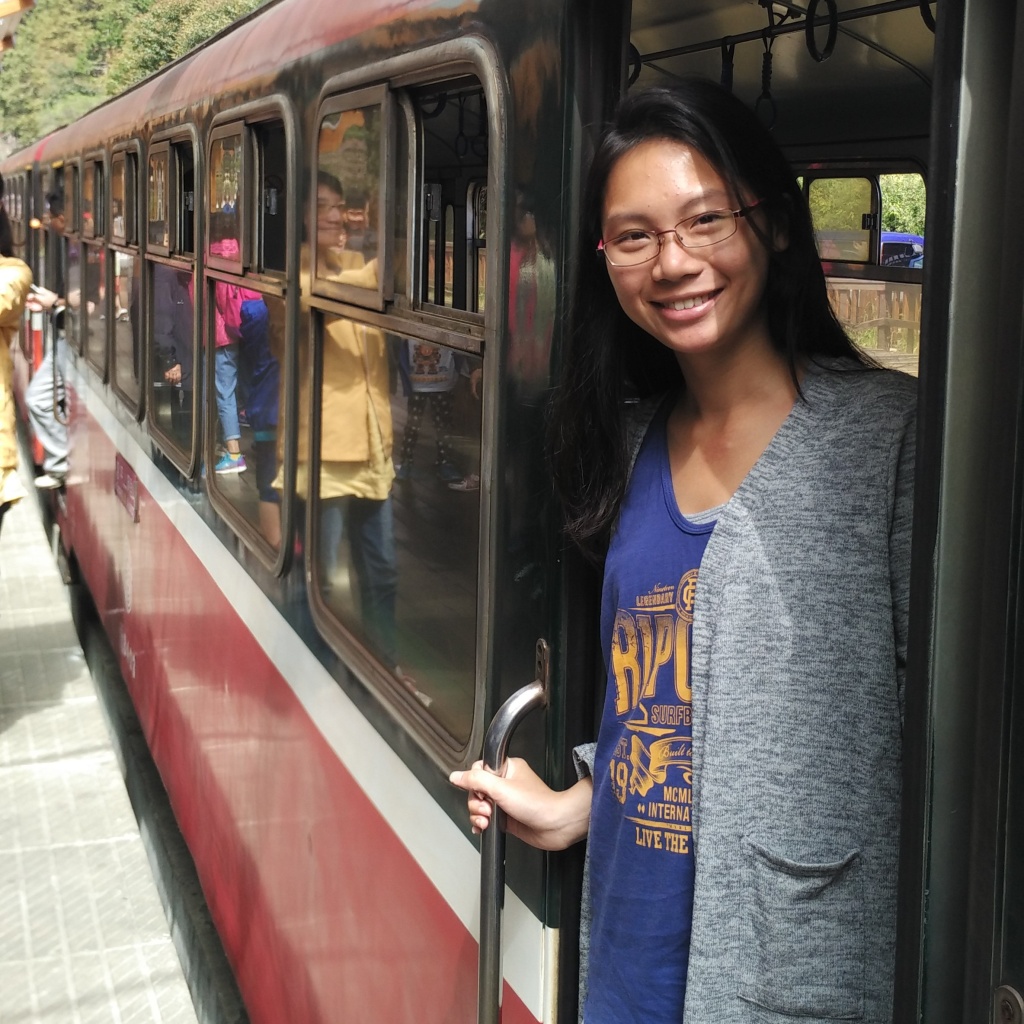