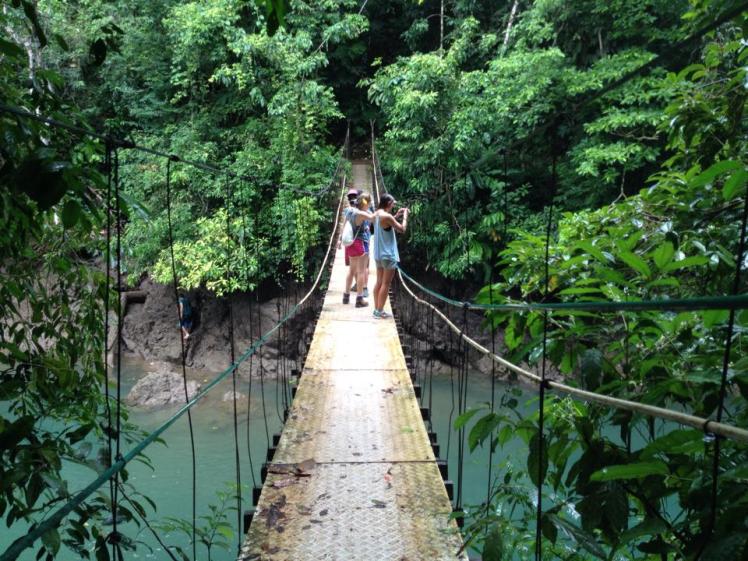 The first Latin America country that I have visited. Maybe it is because I am a newbie on the road, and my experiences are limited, I find a little bit of Southeast Asia in many of the places I went. The people as well. With my limited Spanish probably counting from 1 to 10 I found myself saying “apa?” (which is “what?” in Malay) at times when I do not understand what they are trying to say.

Costa Rica is considered one of the 20 countries with greatest biodiversity in the world, and sure I have seen it myself and that is why I love this place. It is also filled with American and Canadian expats, and a lot of the businesses in this country are run by them. Gringos are already part of this country from what I see. Despite being touristy and expensive compared to its neighbouring countries, it can still be done on a small budget.

Note: Currencies used are U.S dollar ($), or local currency Colón (₡), and exchange rate was averagely $1 = ₡530. Everything, from budget to tips, are based on travelling during the low season in July/August 2014. 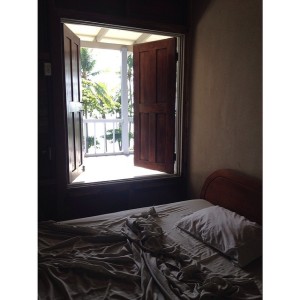 Accommodation – Dorm beds are $5~$15/night, usually $10. Private room in a hostel starts from $6 (single) and $10 (double) per night, whereas a private room in a hotel starts from $15/night (double). And then there is always the option to put up your own hammock in hostels or hotels for a shelter and their showers starting from $2/night. Some places have hammocks for rent starting from the same price as putting up your own, to $5/night.

Transportation – For local bus, it can cost you ₡285 (20mins) to ₡3700 for longer trips (5hrs). Taxis run by meter. A taxi from the airport to San Jose’ city center can cost ₡10945/$20. For ride within the same town, drivers can charge you a flat rate of ₡500/$1. Travelling by coach is not much more expensive than local bus, ₡835 (2hrs) to ₡5760 (6hrs). Shuttle (minivan) starts from $20 (3hrs) up to $50. There is also shuttle by shared taxi/colectivo for short distances. The driver can charge a flat rate by per person, and leaves when they have collected enough people (aka. filled up all spaces). Public ferry can cost ₡810 for a 1hr ride. Travelling by public boat starts from ₡1600 to ₡10000 for a 1hr ride. 2 very useful links for travelling by public transport : Bus Schedule Costa Rica / Microsoft Word – Itinerario de buses

Food – Eating at a local restaurant can cost ₡2000 to ₡4000, and up to $6000 for restaurants with a variety of cuisines. An American breakfast can cost ₡3850 in a cafe/restaurant. Light snacks say, guac & chips from a stand cost around ₡2000. Street food say, a BBQ pork stick can cost ₡1000 ea. Typical meal say, casado may cost as little as ₡1500 to ₡2500 at a soda (small restaurant/diner in Costa Rica).

Activities – Water Rafting tour starts from $45 (class II and III) and $55 (class IV), to $80 for rafting at the famous Pacuare River. Canopy tour starts from $35 for standard ones, and $40 for those with Zip line, Superman, Tarzan Swing and Rappel (*Some tours offer Bunjee Jump at an additional cost). Volcano Hiking starts from $25 for a basic tour, to $65 for a comprehensive tour. Coffee tour may cost $25 to $32. Canoe tour at the Tortuguero National Park starts from $15/pax (not including national park maintenance fee of $10). Snorkelling tour starts from $35. Surfboard rentals starts from $2/hr, and $10 for full-day. A surfing course for beginner starts from $30 for a 2.5hrs class. And then there are free activities – such as hiking to that local hot springs spot/ swimming hole!

Departure Tax – For exits by flight, there is a $29 departure tax to be paid. Please check if it is already included in your air ticket and if not, you can pay either with US$ or colones at the airport, or in advance at authorised banks. Take note when paying by credit cards. I have heard that there could be a convenience fee of $10 charged, as it is considered Cash Advance.
As of December 2013, there will be departure tax for overland exits as well. It is now $7, and can be paid in advance at Banco Credito Agricola which is recommended to avoid potential last minute complications. Remember to keep all receipts to be presented at the border. There is also a payment machine at the border as well, or a designated payment collection counter which is a short walk away but prepare to pay ₡4500 if you do not have US$7 cash.

Travelling around during rainy season – some roads may be flooded and land transport might not be available at that time. Make sure to check on conditions of the road and alternative routes before setting off to another destination. I, myself, was not really affected though.

Shuttle or Public Transport? – The best benefit of a shuttle is probably that you do not have to transfer. The minivan picks you up from wherever you are, and drops you wherever you want. Not much more expensive? Take San Jose Airport to San Jose City area for example. A shuttle can cost you $40/trip (up to 5pax), while a flagged taxi cost $20/trip (up to 4 adults). Overall expenses up! up! up! The most I have ever paid for public transport to another destination, including all the transfers, was ₡8900/$17. Shuttle service cost approx. $40/pax for the same route. Lets say 5 trips were taken by public transport, and all the transport for each trip cost the same $17, it would have cost $85. Do the math and you will find yourself paying $200!! (5 x $40) for the same trips using shuttle service. Saves you time? This I can not say for sure as I did not use any shuttle service. But I did ask other travellers who use these services and found that the time travelled did not differ much from travelling by public transport for some routes so.. However! for some routes, shuttle service can be a smart choice. Travelling from Monteverde to La Fortuna takes 8hrs by land transport, while a jeep-boat-jeep shuttle service takes 3hrs and cost only $20.

Cook – By eating out, one can easily spend $15/day for 3 meals. With $15, you can buy 9 meals worth of groceries. Sumptuous too! with fruits or freshly made maracuyá smoothie. yums. Plus, learn to cook from locals.

Pacuare River Water Rafting during rainy season – As the location of the river itself is out of tourist trail, this tour includes shuttle service from Point A to B (San Jose, Arenal and Caribbean) worth $50. No, you can not travel on your own by public transport to the starting point and expect to pay just for the activity. During rainy season, water level at Pacuare River might be so high/dangerous that the operators have to cancel it – and this they will only announce after picking up and sending you to the starting point. They would then offer you rafting at another river of a lower class I to II. *take note especially if you are one who travels only by public transport* You can opt to cancel if you are not interested at the offer but, $50 (varies between different operators) for the shuttle service will still be charged (you have already arrived at the place, half of the trip has been taken). Asking the operators if the river is open for rafting on a specific day will always be replied with “depending…”.

Bring your student card – Many of the tours and entrance fees to national parks have student fares, and savings can be more than 50%. Entrance to Monteverde Cloud Forest Biological Reserve is $20 (adults), $8 (students). Yes, they are pretty strict on having you to present the card.

Private room or Dorm bed – Sometimes a private room can cost the same, or less, than a bed in the dormitory. In certain places, private room can be found at $10/night. By sharing it with another person, it will only cost $5/night/pax.

Accommodation; book or walk-in? – By booking online, you will have to pay the fixed price shown on the internet. By walking in, owners/staffs can offer it to you at a lower rate, especially during low season. Better earn less than nothing.

Hitchhiking – though not recommended wherever you are, there is no other choice at times. As there are many expats in the country, the ticos (locals) themselves as well, are open to hitchhikers and, getting a ride will not require you to stick out your thumb till they go numb. Go hitchhiking on an ATV, a horse, a motorcycle, a golf cart, anything you find on the road. Instinct – this thing may not be relied on, but if it does not feels right, you are most certainly right.

For longer trips – buy, trade, sell if you surf almost everyday, buying a second-hand board at the local shop and selling it later when you are leaving comes cheaper than paying for daily rentals. Buying board from another traveller (most probably one who is leaving the country) also comes cheaper than buying from a shop. Same for every other thing – cars, to bicycles (there are people who cycle across the entire continent from South America to North America. If you want to cycle across Costa Rica, why not?)